Since 1995, maternity has been set out as a specific contingency, separate from temporary incapacity to work with which it had previously been associated. The ultimate aim of the protection; to care for children and promote the emotional relationship between mother and child, particularly in the initial moments, justifies that separation.

With the maternity benefit, the protected situations are considered to be maternity, adoption, whether pre-adoptive, permanent or simple, in accordance with the Civil Code or the governing civil laws in the Autonomous Communities, provided that, in this latter case it is not for less than one year, and although said foster care may be temporary, for the periods of leave that are legally taken by workers for these situations. 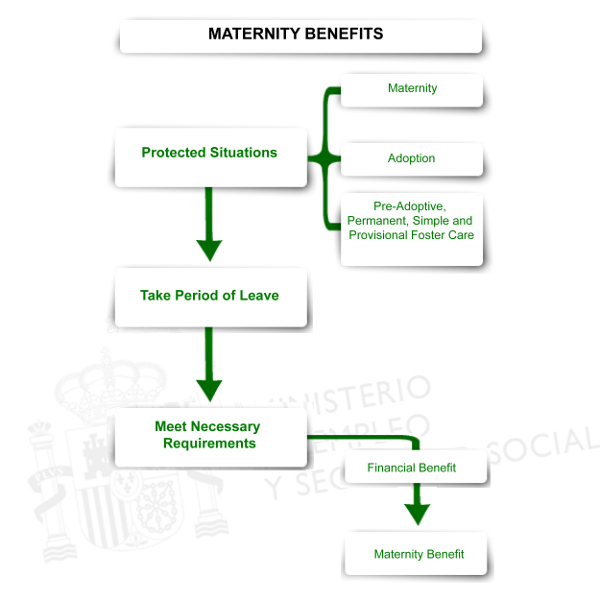