This covers the contingency of unemployment for those people who, while willing and able to work, lose their job temporarily or permanently, or have their working hours reduced by at least a third, with the corresponding loss or reduction in wages due to any of the reasons established as legally unemployed statuses. The protection of this situation at contributory level is known as unemployment benefit.

Employed workers included in the General Scheme of the Social Security, personnel hired under administrative law and civil servants working for the Civil service who are required to make contributions for this contingency, are included under unemployment protection.

Employed workers included in the special schemes of the Social Security which cover this contingency (coal mine workers, permanent employees in the Special Agricultural Scheme and sea workers, including those paid with a profit share system who provide services on fishing vessels under 10 gross tonnes) are also included, with certain special rules. 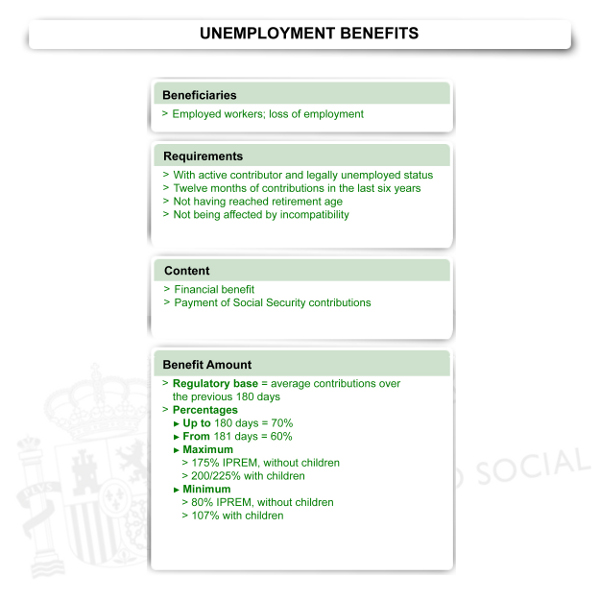