Protection through non-contributory benefits, to a greater or lesser extent, started to shape itself after the 1980s, when the government started a slow progressive reform to the Social Security System. The main features of this reform were:

Currently, the IMSERSO and the INSALUD (INGESA) have transferred their responsibilities to all of the Autonomous Communities, except in the cities of Ceuta and Melilla. 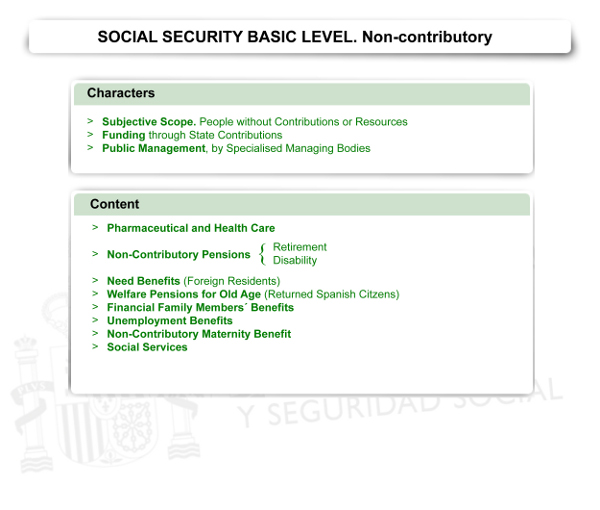